What is SSL? Understanding the History of SSL and How it Works 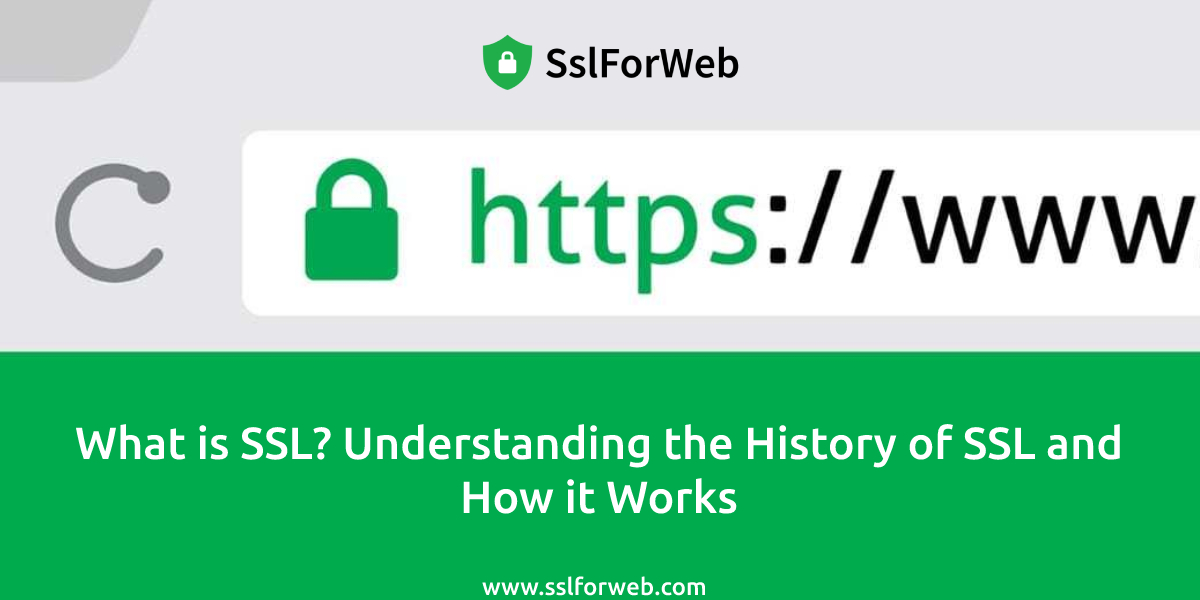 Before diving into the many benefits and uses of SSL Certificates, it may help to understand the underpinning technology. This article provides a brief history lesson on how Secure Socket Layer (SSL) has developed into Transport Layer Security (TLS) and a simple explanation of how they provide security for both Public Internet and Enterprise Intranet connections.

In particular, the aim is to give you a complete overview of the Secure Socket Layer (SSL) protocol and certificates to help you make the best decisions regarding certificate management for your enterprise.

SSL is the original name of the cryptographic protocol for authenticating and encrypting communications over a network. Officially, SSL was replaced by an updated protocol called TLS some time ago.

The following is a timeline of how SSL has changed over time:

So, in reality, TLS is simply a newer version of SSL. However, most people still say SSL instead of TLS. SSL and TLS serve the same purpose, protecting sensitive information during transmission, but under the hood, the cryptography has changed a lot from the original SSL to the latest TLS v1.3.

Digital certificates are the core of the SSL protocol; they start the secure connections between servers (e.g., websites, intranets, or VPN) and clients(e.g., web browsers, applications, or email clients).

How does it work?

The SSL handshake is an asymmetric cryptography process for establishing a secure channel for servers and clients to communicate — HTTPS connections always begin with the SSL handshake.

Provided the SSL is valid and correct, the handshake offers the following security benefits:

There are many benefits to using SSL certificates. Namely, SSL customers can:

Say a user wants to access their StackPath account. To ensure security and confidentiality, StackPath forces high-grade encryption across its website. When the user logs in, their browser automatically exchanges keys with StackPath’s servers. These keys are then used to exchange encrypted messages between both systems, preventing anyone from eavesdropping or intercepting sensitive information.

When SSL is enabled on a webpage, the URL will have an “https” prefix instead of an “http” prefix. Most browsers also display a padlock icon or a green bar near the URL, depending on the level of encryption.

Getting started with SSL

The steps for enabling SSL are different for Apache, Nginx, and IIS, but the process is the same. The first step is to choose a CA and the type of certificate. Certificates can be used for a single domain, a domain with multiple subdomains, or multiple domains. CAs may also request various levels of validation depending on the type of certificate, from checking the domain's registered owner to requesting legal identification.

The next step is to generate a private key and the certificate signing request (CSR). CSRs are provided to the CA in exchange for an SSL certificate. CSRs contain information that will be used in the certificate, such as the location of the organization, the domain name, and the administrator's email address.

SSL creates trust by providing a secure channel for users to communicate with online services.

Thank you for reading this blog.